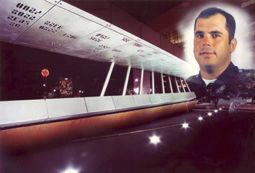 Christopher Kevin James, “KJ”, was hired by the Dallas Police Department in March of 1995. He completed basic training and was assigned to the Northwest Operations Division where he worked his entire career. Almost immediately, KJ began receiving praise from citizens and officers alike. He received over 50 commendations with almost half of those coming from the same citizens he was sworn to protect. Obviously he was good at his job.

It was November 25, 2001, at about 2:45am; Officer James and Senior Corporal Clarence Lockett were working an off-duty job with other officers at “Club DMX” (10733 Spangler Road). James and Lockett broke up a fight in the parking lot when one of the people fighting pulled out a gun and began firing. One of the rounds hit James which knocked him to the ground. The suspect, later identified as 19 year old Licho Escamilla, continued to shoot at Officer James as he walked by him. Escamilla also shot Corporal Lockett in the wrist during the ordeal. Sergeant Mark King and Senior Corporal Lance Crawford were nearby and exchanged shots with Escamilla as he ran south from the scene. The suspect was deterred from abducting a female and stealing her truck. He began firing again at the officers until he was hit by gunfire in the chin and hip. Sergeant King and Corporal Crawford were not aware that Officer James had been fatally wounded until they return to the club after putting Escamilla in an ambulance down the street.

Services were held for James at Prestonwood Baptist Church (Plano) and he was buried at Restland Memorial Park. He is survived by his Wife Lori, his daughter Shelby, his mother and father Kay and Chris and his sister Mika. It was revealed later that a murder warrant had been issued six days earlier for Escamilla in regards to the shooting death of Michael Torres. Escamilla was found guilty of capital murder and is currently on death row.

This email address is being protected from spambots. You need JavaScript enabled to view it.
214-752-8946 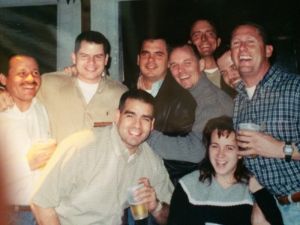 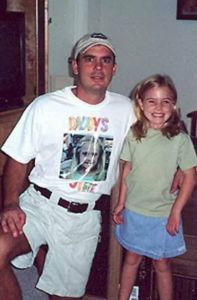 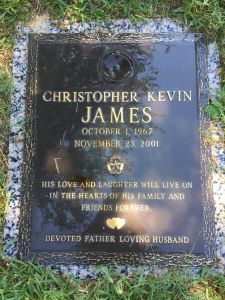 NEP IS A UNION WORKPLACE! PROUD MEMBER OF CWA L-9003